Thanks to the mobility funding provided by the Nordic Culture Point.

Our experimental 16-mm film "Between C & D" to be screened at the multicultural forum Volapük.

The film is also available for a free online preview to users of the Deichman library.

Our brilliant film "Hermit" is selected to be screened at the 23-rd Moviate Underground Film Festival taking place in Harrisburg, Pennsylvania, USA.

We are taking part in Oslo Open and welcome public to our studio.

Our documentary "Theatre of Tears", a result of the cooperation between Dimitri Lurie and Beate Petersen is on display again. This time at the Gallery 69 in Oslo, as part of a multimedia group-exhibition «Undersøkelser av det felles eide» /«Inquiries of the Social Commons».

the program "Delivery of the Sun" presented by Botnia & Filmverkstaden at the Draama-sali in Vaasa.

An experimental film "Solmonopolet / The Sun Monopoly"  by Dimitri Lurie selected by The National jury of  the 134, Statens Kunstutstilling - Høstutstillingen 2021  is on display at the The National Annual Autumn Exhibition taking place at the Artist's House in Oslo.

Earlier two other artwork by Dimitri has been shown at this main art show in Norway,

In 2007 Dimitri won one of The Autumn Exhibition art prizes - Norges Rederifobunds pris.

Our creative documentary "Hermit" , that was purchased by the Norwegian Film Institute is now available for public via the Deichman library's v.o.d. service Filmbib.no

Dimitri Lurie has recieved two Gralha International Film Awards (Curtiba, Brazil) as the Best director and the Best editor of experimental film, for his 16=mm mysterial drama "Between C & D".

Our experimental Super8-mm film "Solmonopolet / The Sun Monopoly" with an original score by Fangarm is selected for a competition programm of the 1-st edition of a Sicilia based Festival del Cinema di Cefalù. Its screenings will go both off- and online through out the period, May 1 – August 31, 2021.

A creative documentary "Hermit" by Dimitri Lurie is among the new titles purchased by the Norwegian Film Institute for the public distribution via V.O.D. service Filmbib.no. The film will be available for free streaming to all users of Deichman library in Norway by the spring` 2021.

When Lurie`s experimantal short film "Between C & D" is available on Filmbib from November' 2020.

"Between C & D" by Dimitri Lurie is selected for a competition of the Kinoskop' 2020 - an indie niche festival dedicated to the exploratory tendencies and experimental ways of working with celluloid in the digital era, and a showcase of imaginative works of cinema.

Our experimental 16-mm  film "Between C & D", purchased by the Norwegian Film Institute, is now available on-line to all registered users

Variable Landscapes - 3 compiled from the 12 works found at the CYLAND video archive,

The program' curators intention was to present a genuine, introspective look at contemporary new media.

and will hold a public lecture at the Iceland Academy of the Arts. Our participation in the festival is made

possible with supported from the Nordic Culture Point:

Oslo Open provides the public with a glimpse “behind the scenes” into the processes that lead to a finished work of art.

Oslo Open is thus a non-curated event that offers a unique and informal meeting between artists and the public in artists’ studios.

We welcome to our space at Urtegate 32C.

A program of the recent selected work by Dimitri Lurie, + artis-talk.

"The Sun Monopoly" by Dimitri Lurie will be screened under a three-day, mini art-festival

"Construction of a New Body"  based at the Auditorium, Stakkevollan, Tromsø.

"Abstraction in avant-garde” - an international exhibition

between the abstract and the non-objective art work by different generations of artists.

The exhibition combines series of lectures, a costumed avant-garde performance and video art.

Lurie's videowork is on display in the program "Points of inflection".

The preview of a video-documentary project "Long way to Hurum",

Dimitri Lurie's film “The Sun monopoly" / "Solmonopolet”  will be screened under the Volpauk spring festival.

The screening will be accompanied live by an electro-duo "Bazalt" (Oslo).

at the FINISSAGE of DIMITRI LURIE & BEATE PETERSEN exhibition INTO YOUR HANDS.

The screenings will find place on Wednesday 24.01, h.19.00 at the Trondheim Cinematheque as part

Taking part at the Winter Solstice 2017, Oslo (NO)

The Winter Solstice is an art project and happening; an exhibition and

cross-disciplinary event materializing in Oslo to mark the longest night of the year.

Video work for the art project "Debates on Division: When Private Becomes Public."

in the competition programm of the new short films from Nordic countries.

A film magazine Montages.no sets "Hermit" by Dimitri Lurie on the top-10 list of the best short films, 2016

THROUGH WALLS AND ROCKS - contemporary art from Norway

"Refraction" to be screened as part of the program from the Cyland video archive “Changing Landscapes” curated by Vika Ilyushkina - a visual artist and curator from St. Petersburg.

The winners to be annonced on the 17-th of April during the ceremony at the Sergey Kuryohin Art Center in St. Petersburg.

Dmitri Lurie is among the 68 contemporary artists whose works are displayed in The Museum of Moscow under the exhibition titled "The Other Capital". The exhibition is conceived as a metaphor and an alternative plan for the city of St. Petersburg, collected from the works of important for its art scene authors. Paintings, installations, objects, multi-media and photography were selected by curators of the two cities - Eugene Kikodze (Museum of Moscow) and Olesya Turkina (The State Russian Museum) who're defining the key theme of this project as "artists understanding of their cultural background and heritage, the city of St. Petersburg is famous for." Among the participants are only modern artists representing different generations of unofficial art and important currents of the St. Petersburg underground from the 60-th to the present days.

Organized by: The Museum of Moscow, St. Petersburg' branch of the National Centre for Contemporrary Art - NCCA and the art gallery Anna Nova. Our appearance at the opening of this project was made possible with a kind support from the Royal Norwegian Embassy in Moscow.

Тhe videoinstallation "Conversions" was on display as within an exhibition project "Manifest. Pulse 1." that took place at the central exhibition hall "Manezh" in St. Petersburg.

The appearence of our work at the exhibition is made possible with an International support from OCA - office for contemporary art Norway and the General Norwegian consulate in St. Petersburg.

The finissag and Artist Talk along with Inger Lise Hansen in conversation with the exhibiting artis takes place on the 28. March.

The support band of the night were the young musicians from Volda (Norway) "My Descending Ark" for whom the concert at Revolver turned to be a debut in the capital town.

at the following art festivals and events:

Held annually since 2007, CYBERFEST is the first and biggest festival for technologically based art in Russia. This year, it will be held from 12 to 17 November at The WYE in Kreuzberg, Berlin.

The festival's video program "Changing Landscapes", including Lurie's "Refraction", will be screened on 14. November at 19.30 at Platoon Kunsthalle - Berlin, Schönhauser Allee 9.

The jury of "The XII. International Kansk Video Festival" awarded with special diploma "For the awakening of nostalgia to an event that hasn't yet happened", Dimitri Lurie's film  "Refraction".

The film premiered in August 2012 in the competition program of "The 8-th International Festival of Short and Animation Film "Open Cinema" in St. Petersburg. Since then it was shown at various film festivals and art exhibitions around the globe.

The jury of the Norway's National Аrt Еxhibition - "126. Høstutstillingen" announced outcome of the 1 selection: Dimitri Lurie with the film

"A Sense of a Maze" is one of 144 artists selected for the second round out of 2300 applicants.

The creative documentary "A Sense of a Maze" (52 min) - was released in November 2010 in Dom Kino of St. Petersburg at the International Film Festival "XIII. DeboshirFilm - Pure Dreams". Where the jury has awarded our work with the distinction «For the authors' highly poetic cinema message.

"Refraction" is screened at athe joint new-media exhibition "Capital of Nowhere" held in Venice by CSAR and Cyland during the time of the Venice Biennale.

Dimitri Lurie & Vera Mokhova are once again participating in the annual art festival Oslo Open. We open doors to our studio & showroom and welcome respectable public to meet our work. Our studio is on the list for a guided tour.

Film "A Sense of a Maze" will be screened at UKS cinema under the Oslo Open's video program.

Our film "Flashes of Persia" is shown under the program "Masala mama" - short films from India, Iran, Singapore and Thailand introduced by the Open Cinema Club.

Dimitri Lurie took part in a joint exhibition "Flicker: Artist & Super 8" - a homage to the art of Super 8-mm film. The exhibition aims to showcase the diverse use of Super 8 in contemporary artistic practice, from installations and performances through to film screenings and talks. Along with work of the contemporary artists and filmmakers on display was a film by Derek Jarman.

Vera Mokhova stands back the baroque costumes for a church concert-performance "Vivaldi for children".

Our short film "Aftertaste" is taking part in an on-line film festival Humanity Explored, arranged by Cultural Unplugged studios of the LinkTV channel. Here film viewers from all over the world can watch, vote and support the storytellers they like.

Three video works by Dimitri Lurie - "Samsara-Vertigo","The ginger space waltz" and "Turbulent sacrifice" - will be screened in the program presented by the Media Art Lab Cyland at the 3rd edition of the Video Guerrilha festival in Brazil run by the cultural organization Videofarm.

For the earlier events please visit DodoFilm.org in the web archive 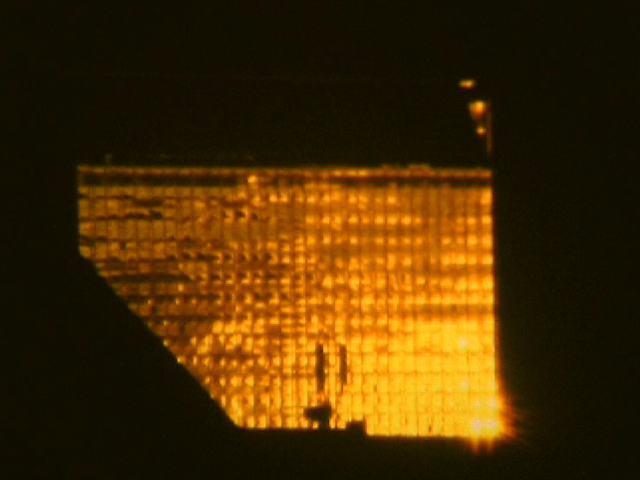 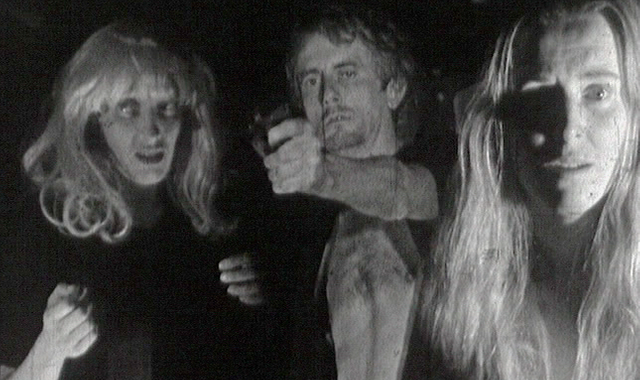 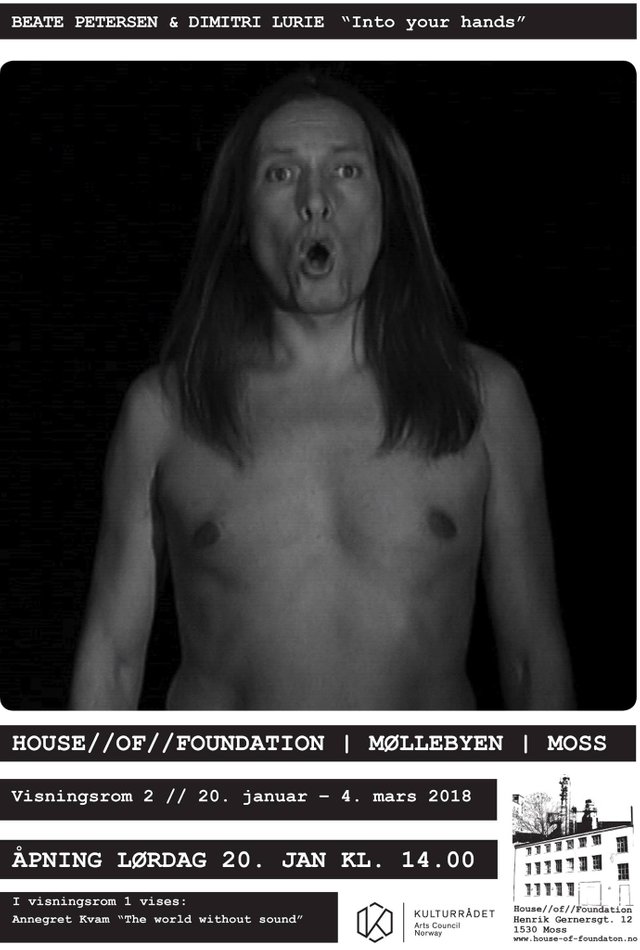 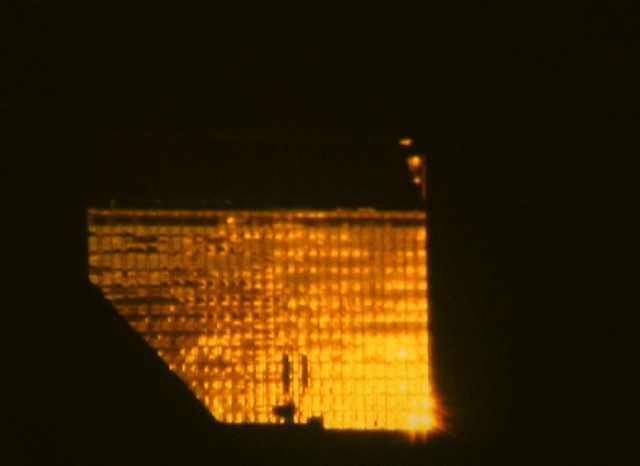 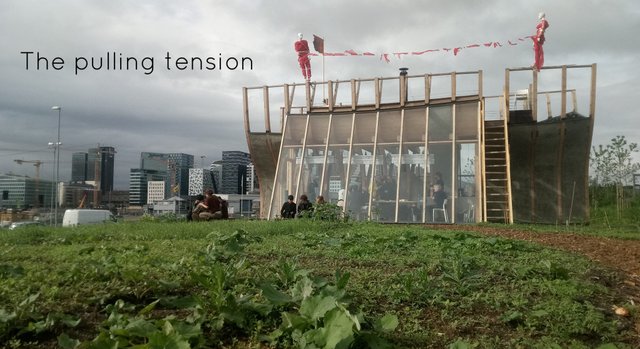 DodoFilm.org in the web archive